This is the story of a bull calf and its special caretakers.

In Schleswig Holstein (Germany), the bull calf  "Dante" was born in 2020, on a cattle farm where cows and their calves walk outside in nature pastures all year round. He was born with lens cataracts on both eyes.

After a period of dairy farming, farmer Andreas decided to cross his dairy cows with Hereford bulls.

Over the years, this has resulted in a dual purpose cow that fits perfectly within the objectives of this cattle farmer. The cows on this extensive farm are sustainable and live to an age higher than 14 years.

According to the farmer Andreas, it was immediately clear after the birth of Dante that something was wrong.

The calf lay down, was apathetic and had such a "strange look" in its eyes.

Andreas and Marga gave Dante a chance and surrounded him with care and dedication.

For example, he was stimulated several times a day to get up and walk. Many would have given up, not these passionate animal lovers!

Andreas and Marga sent me videos and photos from which the diagnosis of lens cataracts could be established. 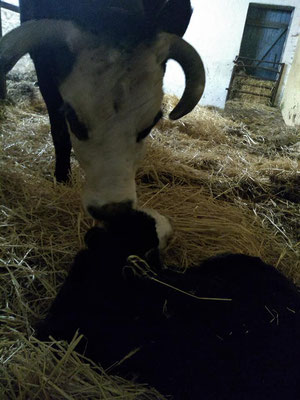 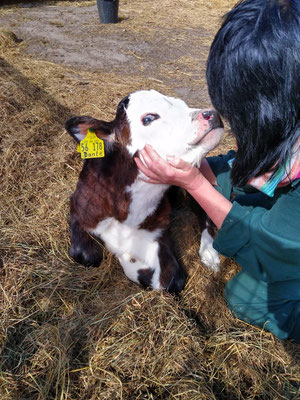 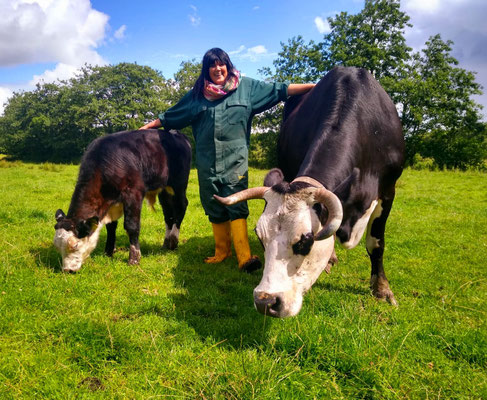 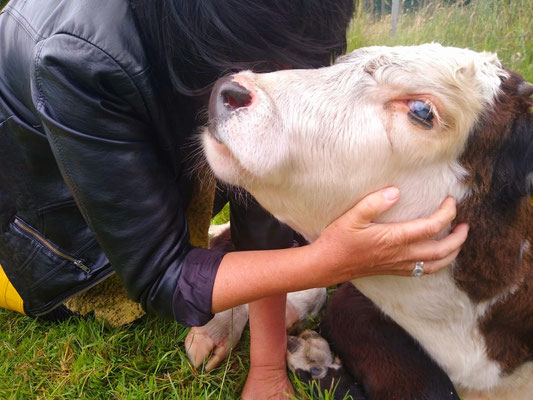 During my later visits to this farm I saw the result of perseverance, trust and patience.

Dante walks in the herd, his mother keeps an extra eye on him, and if she is too far away an "aunt" takes care that nothing happens to him.

A medical check-up confirmed that Dante is not 100% blind, he can still see faint contours. He is also very healthy and a real go-getter. 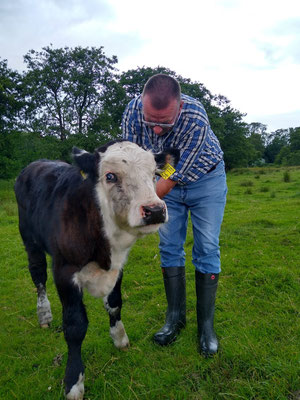 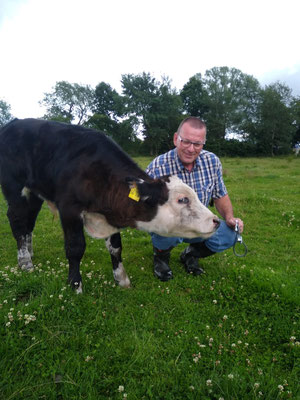 The whole family loves the little bull so much that he can stay.

Not because of his handicap, but because of the fact that neither the farmer nor Dante give up so quickly! 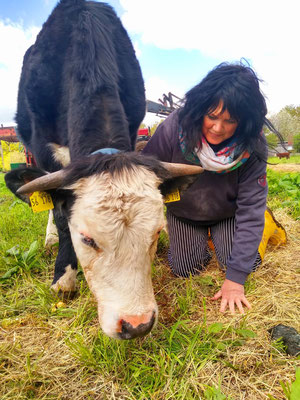 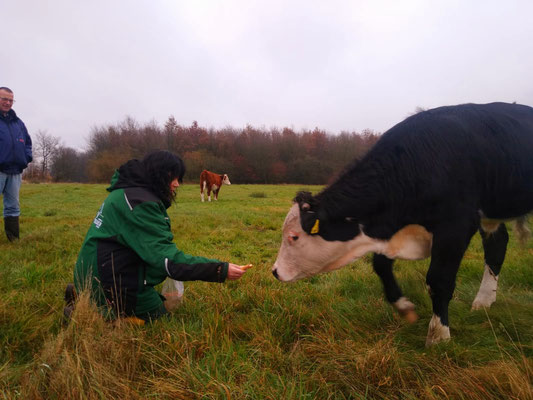 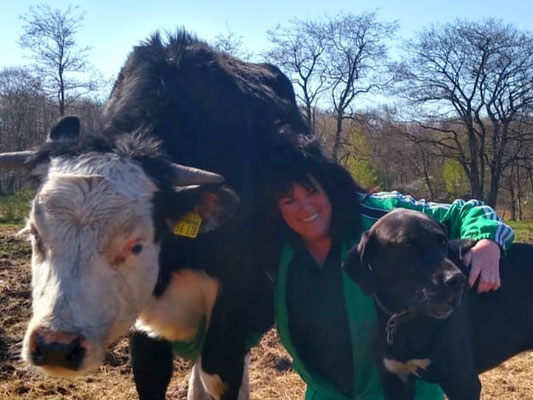 -  Our advice is provided to you to the exclusion of any liability and should only be considered as guiding, it is not binding.