THE PERSEVERER WINS: THE REMARKABLE STORY OF A NEARLY BLIND CALF

On a cattle farm where dual-purpose cows with calves run year-round outside in natural pastures, a bull calf is born.

Nothing special you might say, but in this case it is!

The calf is named "Dante."

After Dante was born, it was immediately clear that something was wrong with the calf.

"He doesn't get on his feet, stays down a lot, is apathetic and has such a strange look in his eyes," said the farmer.

The little bull gets all the care next.

In the process, Dante must literally learn to stand and learn to walk!

The farmer sent me videos and photos from which I was able to diagnose lens cataract.

From the way the calf reacted, I determined that the calf was not 100% blind. 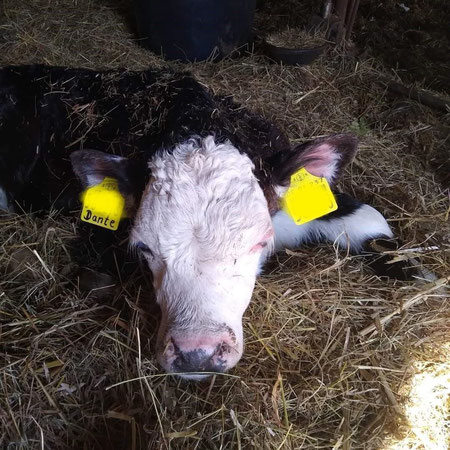 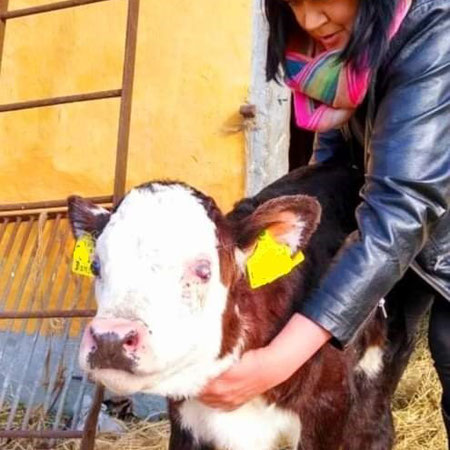 Several months later, I was on the farm and examined Dante more closely.

He is active and a go-getter, just walking in the herd, and his mother keeps an extra eye on him.

If the mother is too far away, an "aunt" watches that nothing happens to him.

Indeed, my performed medical check up confirmed that Dante is not 100% blind, but can only perceive faint outlines.

The whole family has taken the little bull into their hearts, Dante gets to stay on the farm.

But how to proceed? Keeping a bull calf with limited vision in a herd of suckler cows, ..... is that possible?

On my advice, Dante was castrated.

From my experience, I know that one or more steers in a group always brings quietness into the herd.

An additional advantage is that an ox does not constitute "competition" for the bulls in the herd. 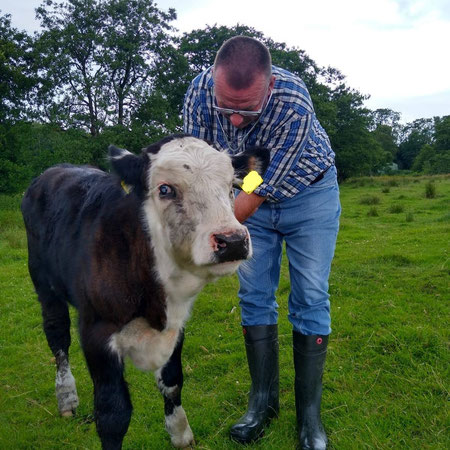 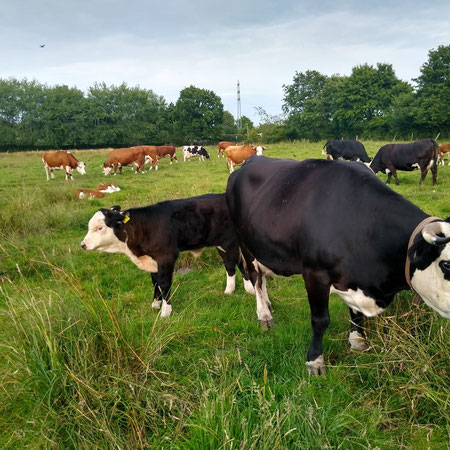 I gave these words to the family.

Now, (more than 2.5 years later) Dante has grown into a true giant with large, well-shaped horns.

He functions perfectly within the herd and knows his way around independently.

However, his -almost being blind- does not constitute a handicap for him.

Dante has grown into a true giant with large, well-shaped horns 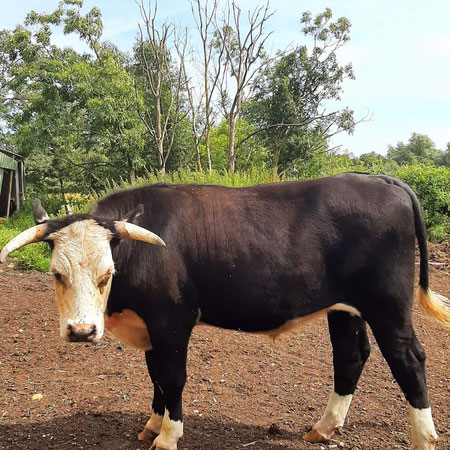 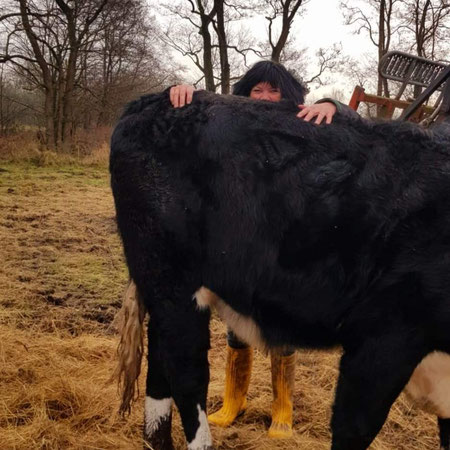